Giving Up When Something Gets Hard

How are you this week?

This week’s blog follows on from the last couple of posts. I want to talk about giving up, and the difference between giving up when something gets hard vs giving up because you hate the thing you are doing.

Over the last couple of weeks I have been noticing things and the differences, and I wanted to share what I have learned this week. The last few weeks I’ve had things on my to do list which are taking me out of my comfort zone. Things I haven’t done before. I have no idea what I am doing, I am simply making it up as I go along, but it is hard.

The feeling of fear

So, United ArtSpace has a magazine coming out, which I am so excited about, as it’s been a dream of mine for years, but it’s so hard. I started to get these feelings of fear and resistance creeping in and I just didn’t want to do it. I didn’t know where to begin and there was this feeling of resistance coming into play. I then started to tell myself that I didn’t want to do this anymore. I actually started to question myself – why am I doing this? I wanted to give up. There is that fine line between giving up on something because you really don’t like it, and then giving up on something because it is hard. But something happened last week which made me stop and think.

I was scrolling through my phone and found an old video, from four years ago. I was crying in this video because I was finding things hard. It was before the Hub had launched and I hadn’t written my course, The Seven Keys. I was in the setting up phase, I had announced it was happening but I was just really struggling to make it happen. It was too much! I was talking about putting the launch back because it was all feeling overwhelming. I just wanted to give up and hide away.

It was just really interesting how this video popped up at just the right time. If I hadn’t kept pushing four years ago and given up, I wouldn’t be sitting where I am now. So, I thought, what advice would I give myself back then? And it would be to keep going. It may be hard but don’t give up because your course is going to help change the lives of so many.

The struggle phase is hard but it’s just that, a phase. But watching this video was so timely. It made me realise that whatever I am feeling right now isn’t because I hate what I am doing and don’t want to do it anymore, it’s because it is hard. But, things get hard and we have to push through to the other side. So this difference between giving up because we don’t like something and giving up because something is hard, has a fine line and sometimes these lines can get blurry.

I was speaking to my friend Sharon about it. She said to me she was trying to push her art into a new direction which is out of her comfort zone, and she too was feeling this resistance as it was hard. Sharon said, I don’t like what I am producing and I just want to go back to doing what I really love and what I am good at, but I know that I need to push through and my art will be so much better for it.

And Sharon is right. We all have these growing pains but we need these pains to grow and excel in what we are doing. These periods where it feels tough or we think we don’t like something, we need to go back and look at what made us start doing it in the first place, and question what it is that we don’t like. Do we just hate it? Or are we hating it because it is hard and testing us? ​

Now, when I get this feeling of resistance I am going to say to myself “Michelle, you’ve got to keep growing and push yourself through this tough period”.

It is so important to have that realisation. To notice when we’re making the decisions because they aren’t easy ones to make, whether to give up or to push through, but to recognise whether the fear is creeping in and taking a hold or a genuine feeling of dissatisfaction in doing something. Both are valid and both are okay to feel but we want to make sure we are giving up or pushing through for the right reasons.

Stay with me here. Over in the Hub membership we have been talking about fish, and a lady in the community reached out and said, ‘I wanted to start exploring fish. I have always resisted as I feel like there isn’t much meaning’. This started a really interesting conversation with others, saying fish inspire them, that they are lovely to draw and all these stories started to be told. So many people had these amazing memories about fish.

Since this conversion, I keep seeing fish. They keep appearing. The other night I was watching a film with my children, it was called Abominable and in this film there were Koi Carp fish swimming. One of the characters started to talk about how these Koi Carp are symbolic of having persistence – everything clicked and related to my theory of not giving up and pushing through.

So, I then spent some time researching Koi Carp and it was so interesting. They are so persistent, they swim against the current – it’s hard but they just keep pushing through to get through to the next zone. It is crazy but this was my sign!

This is where my brain has been the last week or so and it is so important to recognise these feelings and things from within. It can be damaging to give up for the wrong reasons but also incredible and rewarding if we stick it out to the end for the right reasons.

Just because it’s hard, we shouldn’t give up, we need to push through to grow, just like those Koi Carp fish. 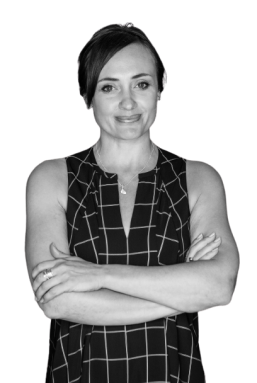